Feb 11, 2015 Press Release
WASHINGTON, DC – Today, Representative Derek Kilmer (WA-06) called on the Defense Department to incorporate greater public input into military project planning. In a letter to John Conger, Assistant Secretary of Defense, Kilmer pressed for the implementation of a new policy that would allow for extensions on public comment periods. Recently, residents of the Olympic Peninsula have voiced concerns about the Navy’s public outreach on an electronic warfare range proposal.

Kilmer highlighted that a critical part of the National Environmental Policy Act (NEPA) for Department of Defense activities is incorporating public input. The letter notes that NEPA public comments periods shorter than 30 days have not given enough time for constituents to offer their opinion.

“To ensure communities have ample opportunity to have their voices heard, I request the DOD implement a policy that maximizes the opportunity for the public to participate and inform the existing process,” said Kilmer in the letter sent today. “Specifically, I request the Department to implement a new policy that would require agencies that solicit public comment for less than 30 days and did not receive a comment in response, to extend the comment period by an additional 30 days.”

Last year, the United States Navy asked for public feedback on a proposed Electronic Warfare Range for radar detection training over the Olympic National Forest. Advertisements on the plan made it into the Seattle Times, The Daily World, The Olympian, and the Montesano Vidette – but not the Forks Forum or the Peninsula Daily News. One notice was placed in the post office in Forks. After the outreach, the Navy received no public comments on the proposal and has planned to proceed with the project.

In 1970, NEPA was signed into law. It stipulates that federal agencies like the Navy must determine how their proposed plans would impact the surrounding environment where they would like to operate. NEPA also requires that agencies should aim to avoid significant negative impacts and conduct thorough outreach to the public.

“The communities most impacted by defense projects deserve not only to know what’s being proposed and how it might affect them, but also to have a say in the planning,” said Margie Van Cleave, Chair of the Washington State Sierra Club Chapter. “The Department of Defense should be a good neighbor and change their policies to give people more time to weigh in on proposals.”

“Olympic National Park is the most visited national park in the Northwest, a huge tourism and recreation benefit for the Olympic Peninsula, so it’s important what happens there,” said Rob Smith, Northwest Regional Director for the National Parks Conservation Association. “The Navy is important to the Peninsula, too, and should remember to listen to its neighbors. We thank Rep. Kilmer for trying to get those voices heard.”

Kilmer’s letter is supported by environmental organizations like the Sierra Club, Earthjustice, the National Parks Conservation Association, and the National Resources Defense Council.

Full text of the letter follows.

I am writing to share my concerns regarding the comment period required under the National Environmental Policy Act (NEPA) for Department of Defense (DOD) activities. I respect the DOD’s desire to move critical projects through the regulatory process efficiently. However, allowing sufficient time for public comment is essential to ensuring communities have the opportunity to comment on activities that could potentially impact the environment, economy, and way of life. Therefore I respectfully request the Department modify their existing policy concerning public comment periods to guarantee the public a greater opportunity to participate in the process.

NEPA was enacted to protect our natural resources and ensure local communities and stakeholders have the opportunity to provide feedback on proposed actions. It is a procedural statute designed with two goals. First, federal agencies are required to consider every significant aspect of the environmental impact of an action before moving forward with it. Second, it ensures that the agency responsible for the action will inform the public what the action is and that it has considered environmental concerns in its decision-making process.

While what constitutes a significant environmental impact creates disagreements, most can agree a primary intent of the law is providing the public with a meaningful opportunity to learn and inform the government about the potential impacts of their proposed actions. Therefore, agencies are required to facilitate and encourage public involvement. I am concerned the Department’s uses of short public comment periods shorter than 30 days miss this intent.

Far too often I am approached by our constituents who have learned of a project in their community late in the game and have too little time to provide meaningful comments or have missed the comment period altogether. Moreover, there are occasions when these short public periods result in the receipt of no comments and then are touted as a demonstration that there was little public interest.

To ensure communities have ample opportunity to have their voices heard, I request the DOD implement a policy that maximizes the opportunity for the public to participate and inform the existing process. Specifically, I request the Department to implement a new policy that would require agencies that solicit public comment for less than 30 days and did not receive a comment in response, to extend the comment period by an additional 30 days.

The benefit of this policy is that aligns the Department’s decision-making process with the intent of NEPA. Further, expanding the public’s opportunity to respond will help our military services determine the true impact of the actions on the both the public and the environment before investments are made. This is vital to a project’s success and popularity within the region.

The strength of our all-volunteer force is rooted in the respect and support of the American people. I am hopeful this suggested change in policy will lead to positive outcomes for the public and military services into the future.

Thank you for considering this request.

This endorsement from the Nobel Peace Prize winning organization is another example... 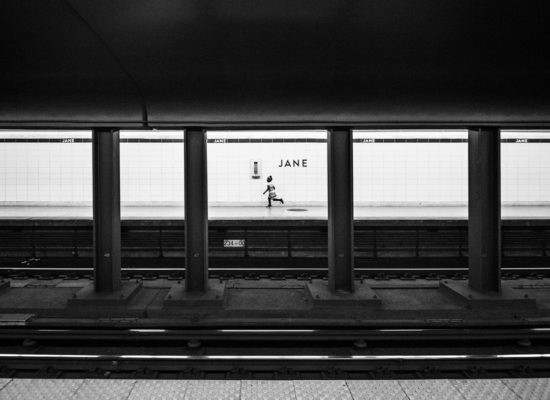