by ALANA LINDEROTH AND MATTHEW NASH

Sequim city councilors are awaiting a date from the U.S. Navy to discuss and hear testimony for a public meeting on the Navy’s EA 18G Growler aircraft and proposed electronic warfare training, which allows pilots to practice detecting dangerous signals from other signals.

Craig Ritchie, Sequim city attorney, said they’ve invited the Navy to participate in a public meeting but want to give their representatives time to schedule a meeting. If they are unable to meet, he said, the meeting still will happen as a public forum.

Several people testified on Feb. 9 at city council meeting about the planes, saying their noise partly would result in less tourism, less taxes from people moving here or away and deteriorate natural resources such as the wildlife.

Councilors mostly agreed a meeting was necessary after the testimony.

“I think it’ll prove to be a mistake for the city not to weigh in on something that is so obviously a widespread concern and controversy regardless of the outcome,” Councilor Ken Hays said. “It’s important we hear as much as we can about it.”

Councilor Erik Erichsen said he only would want a public meeting if the Navy attended.

City councilors met with the Jamestown S’Klallam Tribe and U.S. Navy on Feb. 20 at the tribal campus in Blyn to listen in on a presentation from the Navy about its Pacific Northwest EW Range Environmental Assessment.

“The issue with us will probably be sound (related),” he said.

In the proposed environmental assessment, the Navy plans to use a permanent electronic emitter at Pacific Beach owned by the Navy and three mobile emitter vehicles at 15 proposed locations within western portions of Clallam, Grays Harbor and Jefferson counties on unpopulated land operated by the U.S. Forest Service and State Department of Natural Resources.

Through electronic warfare, Nakahara said the Navy intends to use electronic signal emitters to improve aircrew training for aviators from electronic warfare squadrons based at Naval Air Station (NAS) Whidbey Island. The training provides ground and air servicemen information from signals of interest by sorting through existing signals, she said.

Nakahara said flight traffic mostly comes from sea to land to reflect real-life scenarios and that if the training is approved, it would increase flight traffic about 10 percent or on average one more flight a day. The proposal does not introduce new flight paths, she said.

As for any possible danger from transmissions, Nakahara said the emitters are safe according to the Electrical and Electronics Engineers “Standard for Safety Levels with Respect to Human Exposure to Radio Frequency Electromagnetic Fields, 3 kHz to 300 GHz.”

With sound concerns, she said planes should remain on the same flight path and won’t be flying lower than 10,000 feet and should not be any more audible.

Already, pilots from the Navel Air Station Whidbey Island have been conducting training scenarios along the Olympic Peninsula, but with the expansion of an electronic warfare range, pilots also can train to detect dangerous electromagnetic signals – training scenario pilots currently must complete in Idaho, Nakahara said.

According to Nakahara, by moving the electromagnetic warfare simulation training from Idaho to the Olympic Peninsula and therefore closer to Whidbey Island saves the Navy about $5 million per year.

Although Navy officials claim electromagnetic warfare training has been occurring within the area for years, and the frequency of aircraft flights in the operating area are only projected to increase by 10 percent, Ron Richards, a co-founder of West Coast Action Alliance and former Clallam County commissioner, Richards argues, “It’s not the same type or degree of training,” being proposed.

Peter Goldmark, Washington State commissioner of public lands, provided Rear Admiral Jeffrey Ruth with a letter late last month to inform the Navy that officials with the Department of Natural Resources “would prefer not to partner at this time.”

“DNR land has been publicly discussed as a location for the Navy’s proposed electromagnetic warfare training on the Olympic Peninsula,” Goldmark wrote in the letter. “Though we have not received a formal land use or lease application for this project, we feel that we are adequately informed to decide that we would not be interested in participating in this training exercise.”

Richards said his group would like to contact as many elected officials as they can and get them to realize the gravity of the situation.

West Coast Action Alliance began as a Clallam County-centric grassroots community push back of the Navy’s proposal and has grown to upwards of 500 members, Richards said. The organization collaborates with community groups, such as Protect Olympic Peninsula with thousands of participating individuals.

Noise pollution, periodic closures of portions of the Olympic National Forest, electromagnetic radiation exposure and potential adverse economic impacts are among Richards’ and residents’ concerns with the Navy’s proposal increase its presence to include a electronic warfare range throughout the western side of the Olympic Peninsula.

“People who visit Olympic National Park don’t go there to hear airplanes or be subject to electromagnetic energy,” Richards said.

Prior to establishing an electromagnetic warfare range, Navy officials seek to complete the Environmental Impact Statement plan and obtain land use permits and/or permission from public landholders to allow access to the possible site locations.

“We’re still going through the analysis,” Nakahara said. “We’re hoping to start the electronic warfare training in the fall around September.”

The Navy is accepting comments throughout the 60-day public comment period until March 25. All comments must be postmarked or received online by March 25 for consideration. Written comments may be submitted via the project website at www.NWTTEIS.com, in person at the public meetings or by mail to: “Naval Facilities Engineering Command Northwest, Attention: Ms. Kimberly Kler – NWTT EIS/OEIS Project Manager.” 1101 Tautog Circle, Suite 203. Silverdale, WA 98315-1101.

The draft and public meeting locations are available online, at www.NWTTEIS.com or in multiple public libraries, including through the North Olympic Library System.

Dear Navy, Follow the Law! Sincerely, a Whole Lot of People
The harming of citizens continues…..,.

Our bad neighbor, the navy, angers the peninsula yet again, 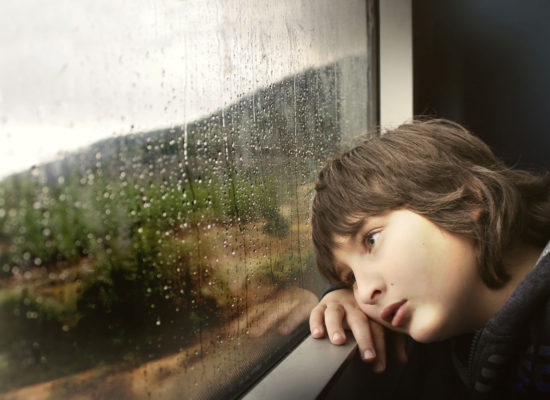