Navy to Clearcut ‘Sightline’ for Aircraft

According to the press release we’ve received from NASWI, the Navy will clearcut a swath of trees east of Runway 25 for about 10 acres. All vegetation that grows there will be allowed to be cut down at will from now on by the Navy.

The release suggests that there can be written comments about this sent to the Navy until May 13th.

Information about how to contact the Navy with your comments, about the clearcut, and about the Environmental Assessment, can be found below in the copied release.

Speak now or forever (quite literally, as it indicates in the press release) hold your peace.

OAK HARBOR, Wash., – The Navy is accepting written public comments through May 13, 2016, on an Environmental Assessment (EA) project to clear 7.6 acres of alder trees on Naval Air Station Whidbey Island’s Ault Field that are becoming hazardous for aircraft landing on one of the base’s runways.

The proposed plan is to cut-down and leave-in-place 7.6 acres of alders located east of Runway 25, the eastern approach runway at Ault Field, to eliminate visual obstructions for aircraft approaching that runway for landing.  The proposed action is planned to occur between September and December 2016.  Future vegetation clearing at the 9.5-acre site would occur in perpetuity to prevent re-growth of visual obstructions to runway operations.

All written comments must be received by May 13, 2016, to be considered by the Navy as it prepares the Final EA.  If you would like to read the EA please go the NAVFAC Northwest public website at http://go.usa.gov/tAr4. 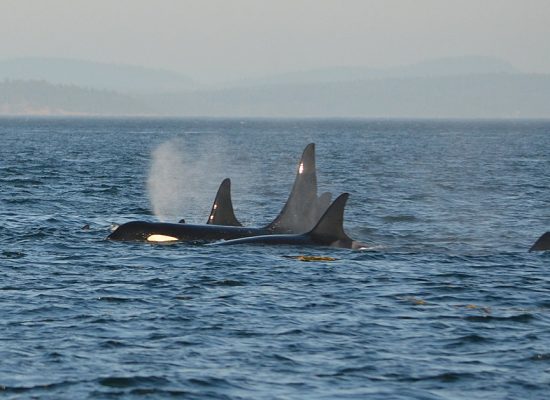 Our Hearts Are Breaking The majestic Southern Resident Orcas were once a common sight...