The Washington State Board of Health agreed by unanimous vote at its November 9 meeting, to investigate a complaint filed by citizen organizations against two Island County health officials. The complaint, filed by Citizens of Ebey’s Reserve (COER) and Island Concerned Citizens (ICC) on October 31, charges the health officer and the administrative officer of the Island County Board of Health with failing in their duties to obey and enforce public health laws aimed at protecting citizens from health harms.

The health risks and harms identified in the complaint are caused by controversial low-flying Navy EA18G Growler Jets that expose people in homes, schools, parks and places of business to hazardous noise.  Navy Growler noise, according to the complaint, causes a host of health harms and exceeds maximum community levels established by the State of Washington, the EPA, the Occupational and Health Administration (OSHA), and the World Health Organization.

“We turned to the state because Island County’s public health officials have placed their personal political views and self-interest above the health needs of the community,” said Ken Pickard, President of Citizens of Ebey’s Reserve (COER).  “They only see Navy dollars, which they appear to value over the health of the citizens they are supposed to serve and protect,” he said.

“We expect a visit by those charged with investigating this complaint and we will facilitate interviews with noise victims and our health experts,” said COER member Maryon Attwood.  “What has been allowed to happen on Whidbey Island is an outrage,” she added.  “This is the US Navy harming the people they are supposed to protect, and doing so with the blessing and encouragement of a politicized Local Board of Health.”

Residents from across Whidbey Island had asked the Island County Health Board and its Health Officer in April to post warning signs in hazardous noise areas where thousands of annual low-level training flights expose people to toxic noise.  Residents provided the County Health Board and the Navy with declarations of patients and medical professionals attesting to the on-going harms suffered by those exposed to toxic Growler noise. Also provided, was science-based data and research addressing the adverse health impacts of noise, including impaired childhood learning and development.

According to the complaint, Dr. Brad Thomas initially expressed support for posting warning signs before being threatened with non-renewal of his contract by Island County Health Board Chairperson Jill Johnson.  Jill Johnson, who is also an Island County Commissioner, supported the increase in Grower operations, including those taking place over central Whidbey Island where a noted medical expert claims a noise-induced “medical emergency” now exists.

By a 3 to 2 vote, the Island County Health Board passed a surprise resolution, approved in advance by Keith Higman that sought to absolve board members of any responsibility to address health threats or harms associated with Navy jet noise.  The resolution was introduced board chairperson and Island County Commissioner, Jill Johnson and seconded by board member and Island County Commissioner, Richard Hannold.  Hannold previously worked on Growler jets for a Navy contractor.

“The hostile resolution approved by Keith Higman ignores overwhelming scientific and medical evidence of noise induced health harms,” said Marianne Brabanski, MS, a retired audiologist and COER Board Member. “It reflects the narrow-minded thinking of a few public officials acting as extensions of the Navy.  All are politicians, and none have medical training,” she added.

Copies of Complaints can be viewed on COER’s website HERE. 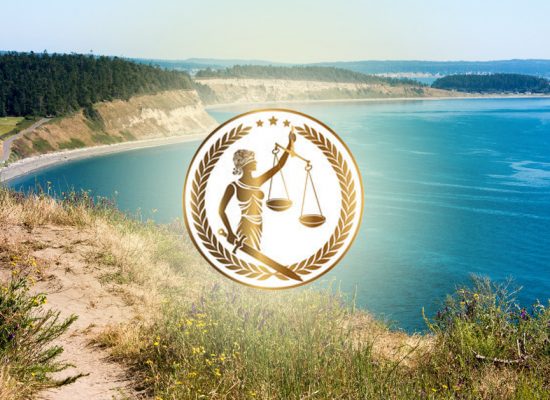 Blog, In The News, Navy, Notices