Excerpt from the article by the Whidbey News-Times   by Jessie Stensland:

The outspoken anti-jet-noise group Citizens of Ebey’s Reserve is no longer the only show in town when it comes to registering concern about the Navy’s plans to bring more aircraft to Whidbey Island.

A new advocacy group is forming and the Town of Coupeville is taking steps to independently verify Navy findings.

More than 100 people crowded into the United Methodist Church in Coupeville Monday night to learn more about the draft Environmental Impact Statement, or EIS, on the increase in number of EA-18G Growlers at Naval Air Station Whidbey Island, as well as the Navy’s plans to test wells for a potentially harmful chemical.

Kelly Keilwitz, a Coupeville business owner, spoke about the new group, which is still in the process of being formed. The group, he said, will work to inform and empower the community about such issues as jet noise and water pollution with a goal of preserving the character, fabric and history of Central Whidbey.

The group doesn’t have a name, though a possibility is “Save Coupeville,” according to Keilwitz.

Tuesday night, the Coupeville Town Council approved a plan to hire two consultants, for up to $14,900, to review the Navy’s draft EIS and provide analysis and comment.

“Within the range of the Navy’s proposed operational alternatives are possible outcomes that may have, in staff’s view, very significant, possibly detrimental, and long-term effects on the Town and surrounding communities,” Town Planner Owen Dennison wrote in a staff report.

Dennison said he reached out to a former colleague who has experience with this kind of study and she put him in touch with noise specialist. Both have agreed to work together and provide a report prior to the Navy’s Jan. 25 comment deadline.

Dennison said the noise consultants would be looking at the noise data and modeling in the draft EIS to verify that it is correct and determine whether or not it is the appropriate model for circumstances surrounding OLF Coupeville.

Town Council is planning a special meeting for 4:30 p.m. Tuesday, Nov. 29 at the Island County Human Services Building to further discuss the areas of the EIS they want the general consultant to focus on.

When Your Home Isn’t Safe Anymore…

When your Front Porch or your child’s bedroom isn’t safe, something is... 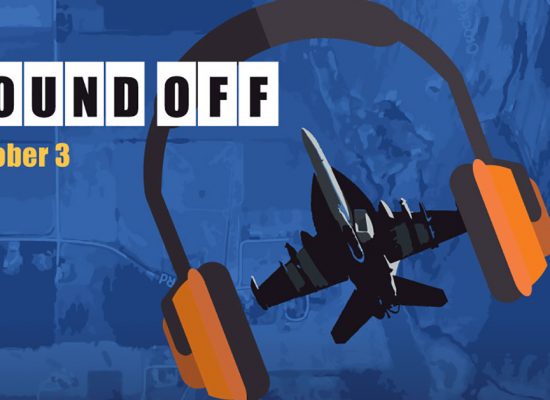 Oct 3 Sound Off – Our Chance to be Heard!

Oct 3 Sound Off – Our Chance to be Heard!