An article by CNN describes the dangerous defects inherent in several jets, including the Growler. Do we really want increased flights over our heads with “a growing number of incidents” of oxygen deprivation amongst Growler pilots? While there has always been a risk of accidents with all aircraft training over Whidbey Island, it seems the likelihood is actually increasing.

(CNN)An increasing number of F/A-18 fighter jet pilots are suffering from potentially dangerous oxygen deprivation during flight, a safety issue that is raising new questions around the future of the US Navy’s aging air fleet.

“Since May 1, 2010, all models” of the F-18 “show steady, yearly increases in the number of physiological episodes,” according to their testimony, which was first reported by Bloomberg ahead of last week’s House Armed Services subcommittee hearing.

They also reported a growing number incidents involving pilots of Boeing’s EA-18G Growler, an aircraft that specializes in jamming and disrupting various capabilities of enemy jets.

The reported physiological episodes are categorized in two general groups, those related to “pilot breathing gas” and those caused by “unscheduled pressure changes in the flight station,” according to Rear Adm. Michael Moran.

A team of Navy investigators has assessed 382 cases so far, and has determined that 130 involved some form of oxygen contamination, and 114 involved a failure of the jet’s system that maintains cabin pressure.

But the investigation into the root cause of this issue has yielded few tangible results.

According to Moran, determining the cause of these incidents has been complicated by the fact that “symptoms related to depressurization, tissue hypoxia and contaminant intoxication overlap.” Hypoxia results from deficiency in the amount of oxygen delivered to cells and can induce potentially fatal complications.

The Navy has implemented several procedural measures in an attempt to respond to the rising number of incidents involving the aircraft that makes up the core of its fighter fleet. This includes additional training for pilots on the dangers of hypoxia and how to recognize symptoms while flying simulator aircraft.

“Moving forward we will continue to fly while applying every resource to solve this challenging problem,” said Moran.

Often described as the backbone of naval aviation, the various F-18 aircraft make up most of the service’s strike fighter fleet.

The F/A-18 Super Hornet was designed to have a lifespan of roughly 6,000 flight hours, but today, jets are being stretched to fly between 8,000 and 9,000 hours to fulfill mission expectations as a result of fewer operational aircraft, budget restrictions and delays to the fifth-generation F-35 Joint Strike Fighter.

Late last year, then-President-elect Trump stoked controversy when he said in a tweet that Lockheed Martin’s F-35 Joint Strike Fighter — the Pentagon’s flagship fighter program and the most expensive weapons system in history — could be replaced with a modified version of Boeing’s rival aircraft.

“Based on the tremendous cost and cost overruns of the Lockheed Martin F-35 I have asked Boeing to price-out a comparable F-18 Super Hornet!” Trump tweeted.

The Congressional Budget Office estimated in December 2016 that if the Defense Department were to curtail plans to add more F-35s, and instead purchase more Boeing Super Hornets and Lockheed F-16 fighters, taxpayers would save an estimated $29 billion.

Defense Secretary James Mattis has commissioned a review of the $400 billion F-35 program in an effort to cut costs.

But Mattis has also called the F-35 — a joint Navy, Air Force and Marines program touted as the most lethal and versatile aircraft of the modern era — “critical” for US air superiority and for its ability to integrate with allies who are buying the jet.

The US Navy is already considering the purchase of 10 to 15 additional Boeing-made Super Hornets annually through 2020 because of delays in getting the F-35C model used on aircraft carriers. Boeing, which has continuously updated the Super Hornet with new electronics, bigger fuel tanks and new stealthy features, has pitched the Navy jet as a more affordable alternative to the F-35.

Currently, only the Navy operates the Super Hornet.

Trump asked Congress for an additional $13.5 billion this year to, in part, build and modernize additional F-35s and F/A-18s.

The Navy estimates a portion of their current F/A-18 fleet will remain in use through 2030. 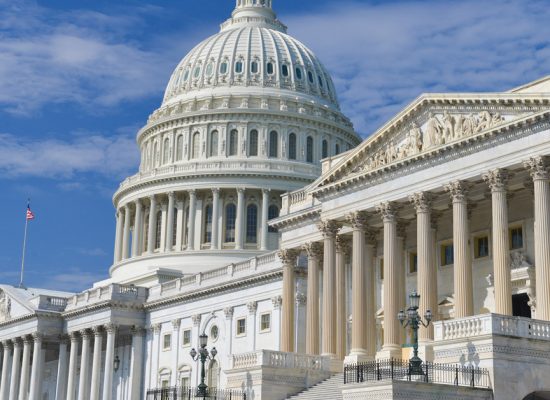 All the noise is all ours, this week. And we get it almost all week long…....