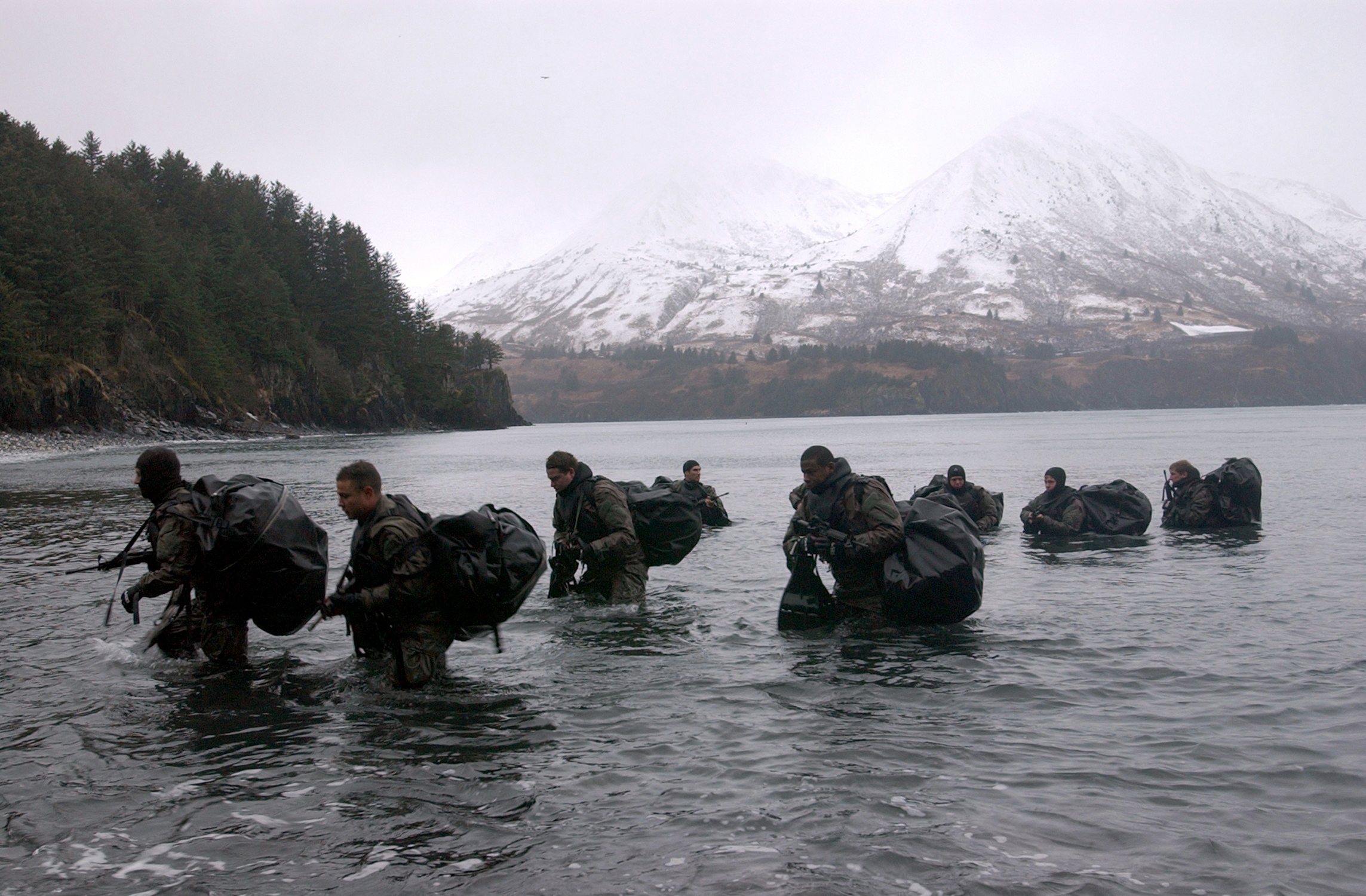 What: Navy personnel will be available to listen and respond to concerns about Navy SEALs training in Washington State Parks this coming Thursday, May 4th in Oak Harbor.

*** Date Correction: The South Whidbey Record gave Tuesday, May 2 as the time to talk to the Navy about SEALs training in State Parks. The correct date is Thursday, May 4.***

If you are unable to attend the May 4 meeting in Oak Harbor, the Navy will be accepting online input until May 18 at nwnepa@navy.mil
or
Comments can be mailed to Naval Facilities Engineering Command Northwest, Attention: Project Manager, EV21.AW 1101 Tautog Circle, Suite 203, Silverdale, WA 98315-1101.

We are concerned that Navy SEALs using submersibles, small craft, underwater drones, unmanned aircraft and moving on foot over beaches with nesting birds, hiding in fragile undergrowth and participating in simulated actions against enemies using paint pellets risks harming plant, bird and animal habitats and diminishing the sense of spiritual sanctuary people have always found in our parks.

It is said that if Europe’s crowning glory is its cathedrals, the United States crowning glory is its many public parks. And the state parks on Whidbey are the spiritual heart of the island. We experience awe beneath the tall trees at South Whidbey, hold family birthdays and reunions at Fort Casey, grieve and spread ashes at Fort Ebey and find hope and inspiration in the wide vistas of Deception Pass.

So we are concerned that having Navy SEAL practicing warfare in these parks will reduce the sense of peace and diminish the sense of spiritual renewal people have always found in our parks. We live in a beautiful place and are custodians of a precious natural legacy we want to pass on to our grandchildren.

Other Places for Navy SEALs to Train

The Navy SEALs are based in Coronado, CA, but their training base in the northwest is located in Navy Base Kitsap, located in Bremerton WA. In California, the SEALs have a new 60-acre Pacific Ocean Complex in San Diego county that adds 1.5 million square feet of coastal development to their facilities. The SEALs also have access to 29,819,492 acres of Department of Defense lands in the U.S., that includes 438,938 acres in Washington State and over 39 miles of Washington coastline.

So we feel that the Navy has adequate space for training the SEALs and does not need to train in Washington’s state parks, which have access to only 5% of the total marine shoreline in the state.

Our military already controls many miles of salt water beaches in the three principle Naval facilities in Washington: The Whidbey Island Naval Air Station, Navy Base Kitsap, Navel Station Everett. For example on Whidbey Island Ault field has almost five miles of low and moderate bank frontage on the Rosario Strait. This shore offers the opportunity for training on beaches which often experience considerable wave action.

The Seaplane Base area of the Whidbey Island Naval Air Station has approximately nine miles of waterfront, on the more protected shoreline of Crescent Harbor. On Polnell Point and Forbes Point, which form the east and west boundaries of Crescent Harbor, shoreline cliffs offer offer different training opportunities. At the Bangor portion of Navy Base Kitsap there is approximately ten miles of Hood Canal waterfront.

In 2014 The Navy was granted permission by state parks staff for small SEAL teams to stage water-based training from five state parks – Illahee in Bremerton, Scenic Beach in Seabeck, Blake Island in South Kitsap and Fort Flagler and Mystery Bay on Marrowstone Island. And the Navy is now proposing to add 68 additional state parks as training sites.

It is against Washington Parks and Recreation Department policy to restrict public access to state parks. However, SEAL training exercises sometimes require a safety buffer of 500 – 1000 meters that would be maintained by a Navy support teams of up to ten people.

The Navy plans to have soldiers enter the state parks by either water or land and try to conceal themselves from public view while ordinary citizens are in the parks. However, while the Navy claims the SEALs will be hidden from sight, there are reports of people witnessing SEAL trainings in public parks and docks currently being used by the SEALs for training. (Kitsap Sun, April 21, 2017)

In the proposed plan Navy SEALs would be using U.S. citizens, without their consent, as part of the Navy’s training exercises. In the Navy’s plans it is possible that unsuspecting citizens would encounter Navy SEALs carrying guns. And because we live in a highly weaponized country the potential of accidents could be high.

In addition, there are veterans dealing with PTSD, camped out in the woods on Whidbey. And if one of them encounters a boatload of soldiers carrying guns (even though the guns would not contain live ammunition) it could create a potentially dangerous situation for both the vet and the SEALs.

All Water Based Training

All Land Based Training

Supervisor and safety personnel on land will include up to 10 personnel responsible for the safety and oversight of personnel conduction training. This group evaluates and maintains a buffer preventing bystanders from entering into the specific area. Two or three vehicles will be utilized by these 10 personnel; one vehicle is designated as an Emergency Response Vehicle. The vehicles will be parked in designated areas that afford optimal availability if required during the training event.

Using small inflatable boats, divers would be inserted into waterways. They would conduct an infiltration to an objective (e.g. harbor, beach, moored vessel) and conduct a variety of tasks for up to six hours. Most combat swimmer training would be confined to the waterways, however, there could be cases where personnel would conduct OTB training in conjunction with training CS.

This training would consist of up to 20 personnel conducting “simulated” actions against a threat or enemy within the confines of specified area or building. It would include the use of “simulated weapons”, no live fire weapons would be used. The simulated weapons would be marking rounds, which are plastic/paint capsules that wash away with water. No property damage would occur and cleanup would be handled by the instructors and support staff.

This type of training would be conducted in water areas and consists of launching and recovering up to two small submersible crafts from a boat ram or water platform The small submersible crafts are battery powered and very quiet. It would deliver four-six personnel to the training area within 20 – 80 yards from shoreline. As part of this training, the personnel would exit the craft and swim to the shoreline. Upon completion of the training, the submersible craft would return to the area, recover the personnel and return to the launch site.

Over the Beach (OTB)

The training would be conducted in conjunction with small submersible craft training or from a small watercraft. Personnel would exit the craft and swim to shore, cross the beach, and quietly move into the vegetation above the high water line. Upon arrival at a pre-designated area, personnel would remain hidden for a number of hours before exiting site. There would be no tell-tale signs left of their presence.

The Sierra Club Confronts the Navy

Our friends from the West Coast Action Alliance sent us a very sobering collection...