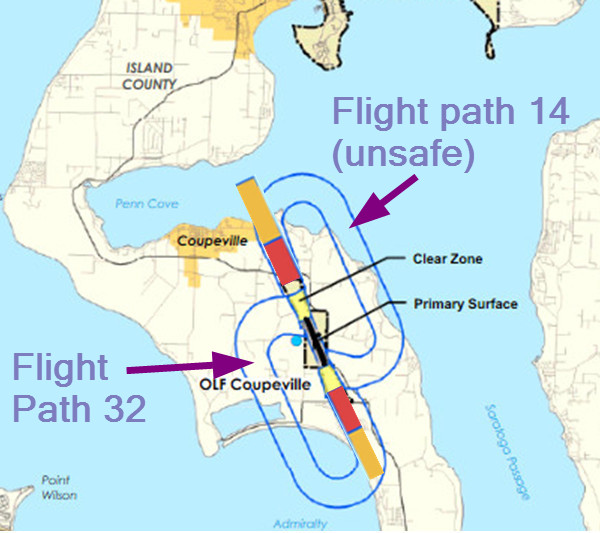 Coupeville Community Allies (CCA) presented “the ABCs of APZs” in Coupeville on May 15th, explaining what is likely to happen should Growler expansion result in the imposition of Accident Prevention Zones (APZ’s) around the Coupeville OLF similar to those around other military airbases, e.g. NAS Oceana, Virginia Beach. The bottom line: APZs would end community life in Coupeville and Central Whidbey.

Navy regulations “require” the establishment of APZs when flight paths use exceeds 5,000 operations annually. Currently, operational limits at the OLF do not exceed that threshold; most expansion options would.

Consider the costs of APZs on the Navy’s Oceana model. The only current use that would continue here would be farming. All other uses would be restricted. The county seat, hospital, bus depot, and schools would all have to be relocated. About 20,000 residents would be forced out and all tourist businesses shut down. Ebey’s Reserve, the first of its kind, would be eviscerated.

Who pays for this massive upheaval? Neither the Navy nor the federal government! Island County tax payers will foot the bill. Our government will use their eminent domain power to condemn and purchase, with taxpayer funds, private property within the AP zones.  Afterwards, remaining Island County property owners and taxpayers will pay higher taxes to make up for the reduction of the tax base. No one will avoid the tax consequences, no matter where you live. We will all suffer.

And if you think this is an exaggeration that couldn’t possibly happen here, keep in mind it DID happen in Virginia Beach. A variation happened in Oak Harbor.

The CCA presentation left many with a sense of helplessness. We are accustomed to the Navy doing whatever it wants under the guise of national security. So why fight if you can’t win? Because we can win! This past week voters in Burlington, Vermonters rejected an F-35 basing plan despite support for the Air Force’s plan from nearly all political and business leaders, including both of Vermont’s senators.

Ask yourself: are Coupeville, Ebey’s Reserve and Central Whidbey worth fighting for? You bet!

Around our region citizen groups have become active in opposition to the expanding Growler training. Get involved. Contact your representatives and vote this November for candidates who will represent us. It’s time our leaders hear it load and clear: “enough is enough!” Growler training must be moved to where it’s safe and appropriate and where communities won’t be devastated.

Citizens of the Ebey’s Reserve (COER)

Flights are scheduled ALL WEEK LONG… On Monday, February 8, FCLPs at OLF Coupeville... 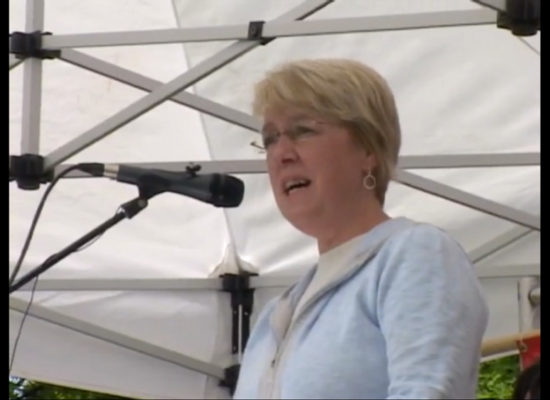