Military Leaders Are Worried About Losing Public Support – They Should Be! 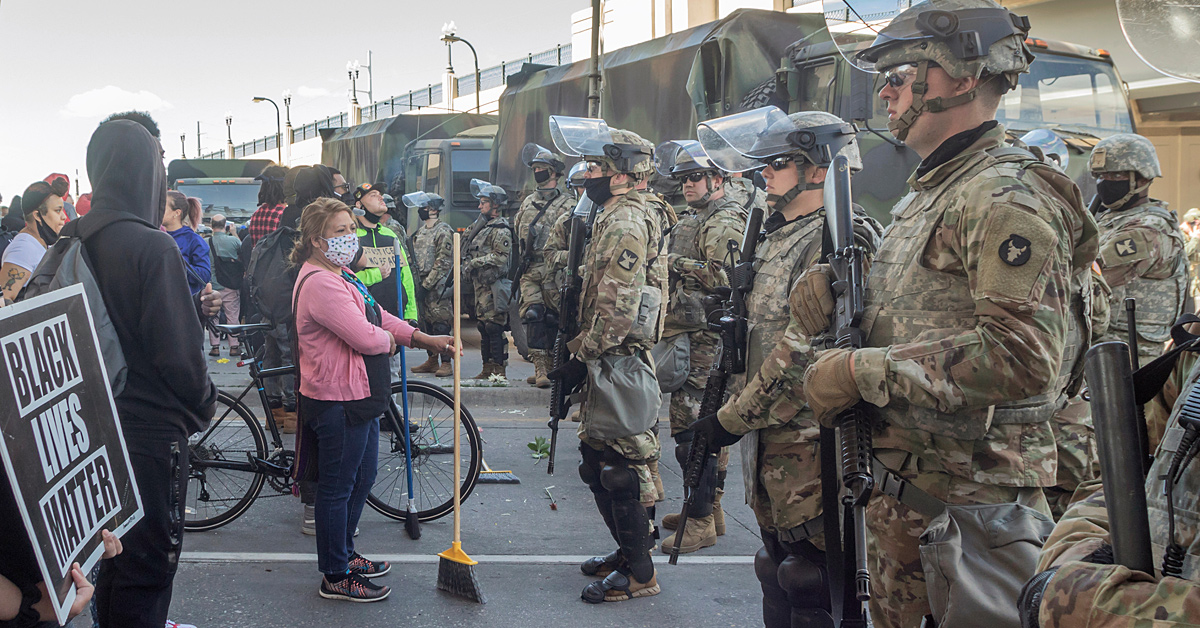 In response to national protests over the police murder of George Floyd and President Trump’s divisive actions and comments toward protesters, military leaders are warning against becoming involved in American politics.  They know that our “all-volunteer” military depends upon the unwavering support of the American People.  They are afraid that their image will be tarnished and they will lose that support if the military is seen to be acting against the interests and desires of the people.  They need us to believe that they exist to serve and defend us.  When we start questioning that belief, the massive amounts of national wealth we spend on the defense industry and the military will dry up.  Military leaders are rightly worried that in this time of the “Black Lives Matter” movement, being seen in the wrong light may cost them that public support.

In our Salish Sea region, the Navy has faced community division and unrest since the mid-1960s when it first based jet aircraft on Whidbey Island.  Back then the unrest was largely limited to Whidbey communities:  the Navy town of Oak Harbor supported the jets (and military largess) while the historic Town of Coupeville and, at that time, county leadership were opposed because of the impacts upon civilians and the environment.   These were small communities however, so the Navy did what it wanted.  That changed recently when the Navy brought the extremely loud EA-18G “Growler” to Whidbey.  Communities in five surrounding counties began to be negatively impacted and started to protest.  What was the Navy’s response?  To expand the Growler presence and increase impacts.  Today, Navy support is even fraying in Oak Harbor, where the Navy base is located.  Military leaders are worried about losing public support; in the Salish Sea communities they have already lost it.

This breach of trust isn’t a localized Navy problem.  We live in a “Conscious Age” when people are increasingly concerned about Earth’s climate, its natural resources and creatures, and of the need for social justice and equality.  Our military hasn’t kept up other than in sloganeering.  The Armed Forces are still killing endangered species (they call it “taking”), poisoning community water supplies, and causing severe harm to civilian populations with their basing and training decisions.  They don’t have to sortie against protestors to lose public support.  Their disdain of and unwillingness to compromise and address the needs of the citizens they serve has already done that — one community at a time.  Military leaders are worried about losing support nationally.  They should be.  It is happening right before their eyes.

Here is the new blog about the noise disclosure problems in Island County!

The new blog is up and running, check them out! Good luck, people, let the truth...