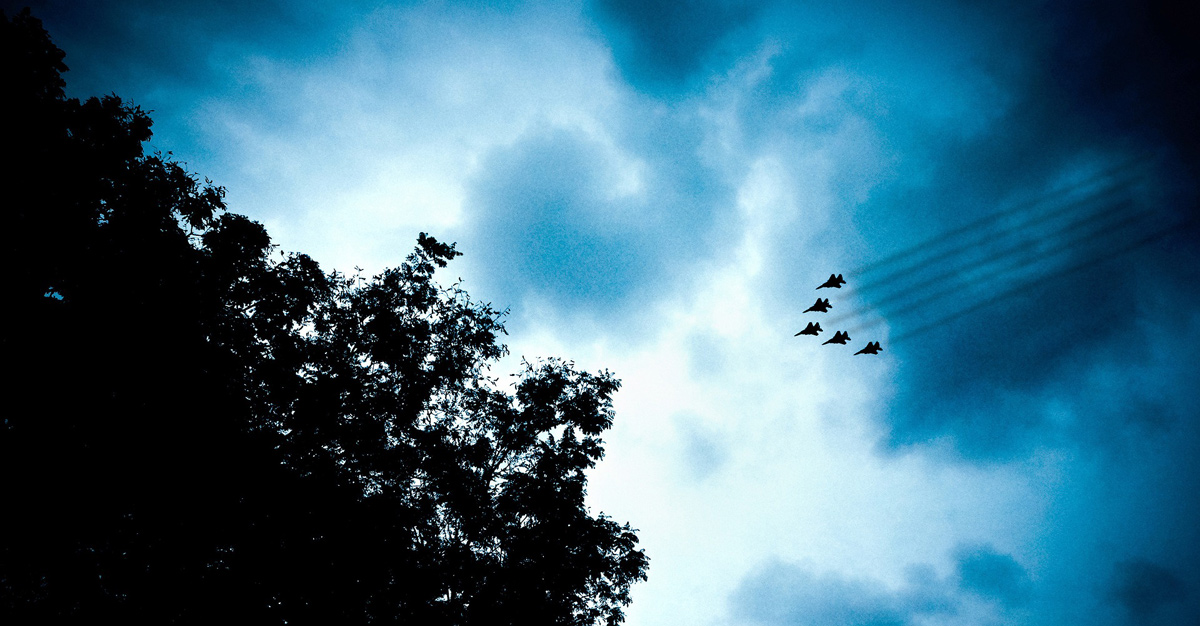 Seattle Times: Special to The Times By Lauren Kuehne and Julian Olden
Jan. 8, 2021

We are the scientists who published a recent study documenting significant noise from military aircraft on the Olympic Peninsula, leading to the recent Op-Ed by the commanding officer of Naval Air Station Whidbey Island [“Navy captain: Growlers do not pose significant noise threat to southern resident orcas,” Jan. 4, Opinion]. We understand that the Navy might be concerned with the implications of these data, but object to the apparent attempts in the Op-Ed to avoid the simple factual conclusions of the research and discredit the science.

Before our study, there was no empirical data tracking the sources of aircraft noise on the Peninsula. It was impossible to evaluate what the current, and proposed, increases in Growler training meant for people and wildlife. Briefly stated, our research found that noise from Growler jets is currently a chronic and dominant feature of the Olympic Peninsula soundscape, which will only be exacerbated by planned increases in training. By identifying when and how often the aircraft fly — and how loud they are — our research allows for a critical evaluation based on scientific data. Given the Navy’s claim to be “committed to environmental stewardship,” we would think they would welcome the results from our study.

Yet the Navy appears willing to disregard and refute (without offering any evidence) years of robust, on-the-ground acoustic monitoring, including analysis of thousands of hours of sound data. None of the arguments presented by the Navy — from anecdotes about hiking with family to the altitude of the jets to the amount spent on orca research — are relevant to the fact that the Growlers are generating significant noise. Our research showed that residents and visitors to the Olympic Peninsula are typically experiencing more than an hour of Growler noise heard throughout the daytime. That duration is only going to expand with increased training.

There are a number of inaccuracies in the Navy’s Op-Ed that the public should understand. Where the piece states that the Navy “disagree[s] with some scientific methodologies and conclusions researchers made,” it then presents no actual data, describes no methodologies and erroneously references conclusions that were not made in the study. For example, our study did not assert that Growlers were “destroying the park’s soundscape or harming its wildlife.” Rather, over a year of detailed monitoring, we established how much of the aircraft noise is military (88%), when and how often noise from Growlers is present (most weekdays, concentrated during daytime hours), and how loud it is (at times loud enough to warrant hearing protection). This is in the rural and wilderness setting of the Olympic Peninsula, which is otherwise relatively free from human noise. A separate published study provides evidence that aircraft noise also permeates deep into the water.

Additionally, the Navy says it averages only 8.8 flights a day over the Peninsula. Most people hear the word “flight” and think of an aircraft momentarily passing overhead. But what the Navy fails to mention is that a flight is in fact a 60- to 90-minute training session by a jet; training with multiple jets simultaneously is typical. Furthermore, our research showed that each training session impacts large expanses of the military operations area, which sits over the western half of Olympic National Park. A typical commercial aircraft passes overhead in about two minutes and at 35,000 feet. Characterizing up to 90 minutes of high-speed training at 6,000 to 20,000 feet as a “flight,” and then comparing it to commercial and recreational air traffic, is both inappropriate and misleading.

In all this, we see an unfortunate pattern of attempting to divert attention from and downplay the impact of the air training operations, rather than acknowledging the extent of the noise pollution and working with stakeholders to mitigate it. We encourage the Navy to use our research results for its stated goal of engaging in partnerships and conversation with stakeholders, rather than trying to silence the science.

Lauren Kuehne is an environmental scientist, emphasizing acoustics and bioacoustics in much of her work. She was a researcher in the College of the Environment at the University of Washington for many years, and now does independent consulting.

Julian Olden is a professor in the College of the Environment at the University of Washington. His research over the past two decades has informed science-based solutions to environmental challenges facing the Pacific Northwest and beyond.