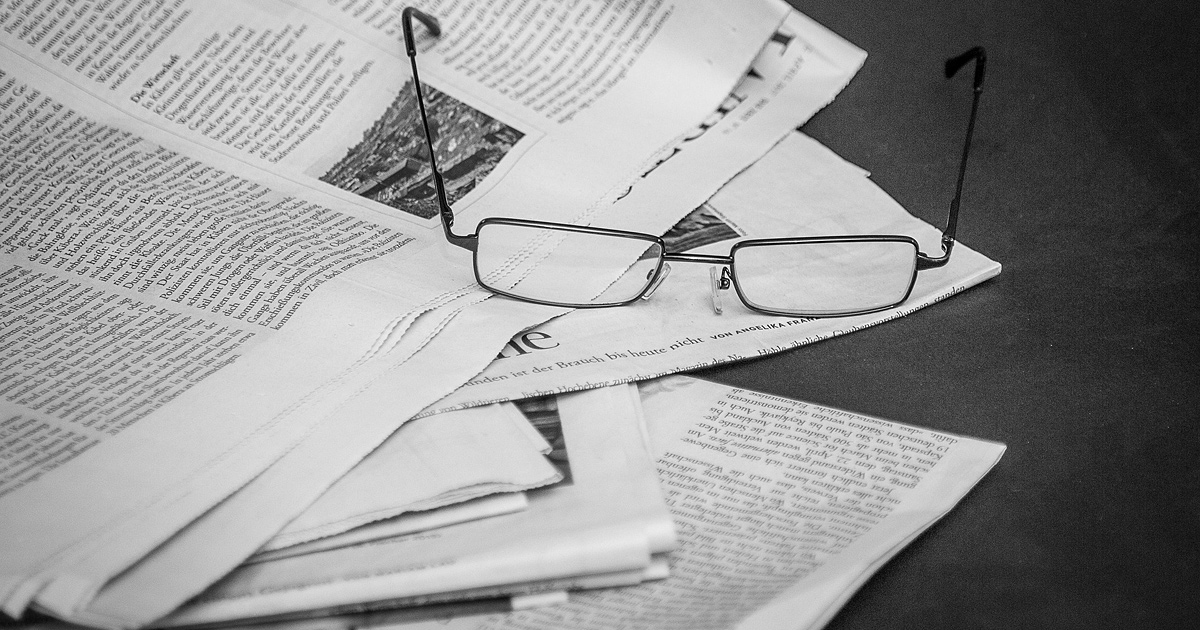 Based on NextDoor and Facebook chatter, a large number of central Whidbey residents contacted the Navy by email and phone on Monday, June 28. This one to Mike Welding is a fairly typical:

“Given the very serious record-breaking heat expected today, June 28, 2021, please postpone by a day your scheduled night–late night practice today at the OLF. People at night will need to [must] have their windows open, and with windows open the noise inside will be similar to outside levels (100 to 115 decibels). That means hearing damage. It will be an unconscionable to not cancel or reschedule to another day this week when the temps will return to normal.”

Welding’s response was the same to all: “Thank you for your concern. The scheduled FCLPs at the OLF in Coupeville will take place as scheduled based upon an operational requirement.”

The Navy could not stop their landing practice. Mere days later, those aircrews’ very next runway would be an 800-foot landing area on an aircraft carrier in the middle of the ocean.

More to the point, if school begins, there are COVID mandates, wildfire smoke, excessive heat or likely future comparable instances, activists seek a practice delay, cancellation or relocation as though this training is somehow arbitrary, easily transferable, or for convenience, and the Navy is uncaring and unreasonable.

It is not, on all counts.

Naval carrier aviation is the best in the world for managing exceptionally high risk and technical complexity, while experiencing extraordinarily rare failures. OLF Coupeville is an indispensable aspect of this risk management and is the finest representative practice setting in our nation.

The letter also states, “It was the Navy that encroached on Central Whidbey …” The Navy has been here since WWII. Jets arrived in 1956 and Growlers are not the loudest since then. There have also been more than twice as many carrier-based jets, 216 in fact, than now.

Conversely, the courts recently ruled on an injunction concerning Growlers. Every single activist-associated declarant for this injunction either moved or retired to Whidbey since the area was zoned for noise.

It is not the Navy that is encroaching.

Additionally, from the letter, “the Navy cannot be a good neighbor.” “Not a good neighbor” is a purposefully pejorative, boilerplate catchphrase. Whidbey jet activists wax and wane every couple of decades or so, but the Navy, their mission, personnel and families are great neighbors and some of the most vibrant members of our community, as they have been for many decades.

The Growlers, and the Prowlers before them, boasted a 100-perfect record of success at protecting our forces in combat is surpassed only by the record of dedication, volunteerism and commitment by those associated with Naval Air Station Whidbey Island.

Since 1902, the Navy League of the United States is a nonpartisan, worldwide organization, dedicated to informing the American people about the importance of Sea Services and STEM to our national defense and economic prosperity.

The Navy League’s spokesman, Steve Bristow, noted in his July 9 letter that the OLF “is the finest representative practice setting in our nation.” That statement does not comport with Navy records.

According to this July 12, 2017, Navy document (Growler EIS Preferred Alternative FCLP Distribution; Administrative Record, Page GRR00121559), the best cite for Growler carrier landing practice (FCLP) is El Centro in California: “The unmodified carrier landing pattern at NAF El Centro and the unique at-sea ambient lighting and environmental conditions of nearby San Clemente Island provided higher quality of training than could be achieved at either Ault Field or Coupeville reducing the need to maximize the use of Coupeville.”

The reasons for not using El Centro really boil down to money—basically what amounts to the cost of several or so Growlers taking precedence over the community. And the OLF does not even meet military standards, as revealed in https://citizensofebeysreserve.com/wp-content/uploads/2020/12/OLF-Deficiencies.pdf .

Mr. Bristow goes on to argue that the OLF use was not an encroachment on central Whidbey. However, OLF use for FCLPs did not begin until 1969. The community was established long before that, and even Admirals Cove Inc. was nearly sold out at that time. So, it appears Mr. Bristow was mistaken there as well.

He further asserts that “the Navy, their mission, personnel and families are great neighbors and some of the most vibrant members of our community, as they have been for many decades.” That’s one Steve got right, but it has nothing to do with the un-neighborly decision by the DC brass to move nearly all the FCLPs from Ault to the OLF.

And recall that in 2005 the Navy informed the community and developers to plan on just 6120 Growler operations per year at the OLF (see 2005 Air Installations and Compatible Use Zone), and it reassured that usage rate in Superior Court in 2015. Folks trusted the Navy and development proceeded accordingly for two decades. Then in 2018, the Navy thumbed its nose at that commitment, quadrupling OLF operations. I think most folks would agree that misleading the community and dishonoring a commitment is not what good neighbors do.

The Navy may have lost its bearings here and shot itself in the foot. It is not too late to fix that. The FCLPs need to go to El Centro where they are wanted and pilots would have the actual best practice venue.

COER has twisted the truth again.

In a July 16 letter, COER claims that the Navy previously determined NAF El Centro provides higher quality of aviation training than Naval Air Station Whidbey Island, and that El Centro wants NAS Whidbey’s field carrier landing practices, or FCLPs, but the Navy has balked due to “money” concerns. On both claims, COER is 100 percent wrong.

With allied politicians, this campaign was successful. The Navy placed NAS Whidbey on the 1991 closure list with a plan to consolidate West Coast attack squadrons at Lemoore, Calif., where FCLPs are done at El Centro. The activists were ecstatic. However, the objective DoD Closure Committee realized the Navy’s huge mistake — Whidbey had the top value of any naval air station and closure would put 58 percent of Island County workers out of a job.

The Navy was overruled and the activists remain outraged to this day.

Wilbur’s claim that El Centro wants NAS Whidbey FCLPs is bogus. El Centro has 20 times Coupeville’s population and already has saturated FCLP volume. This volume will grow and get louder with the joint strike fighters.

Moving NAS Whidbey’s FCLPs to El Centro is a non-starter. FCLP volume, already saturated, would require a new EIS taking years to complete and and would incur more environmental impact than NAS Whidbey.

Additionally, the Navy’s published operational requirement is to locate an outlying field within 50 miles of the home base, just like OLF Fentriss for NAS Oceana. OLFs simply don’t have the fuel and other infrastructure, hence, the 50-mile range is critical for efficient training.

The Navy assessed all military and civilian airports within this range. None were viable except OLF Coupeville.

Today, the dogmatic “close-the-base” activists and their allied politicians need to realize that NAS Whidbey now hosts the most squadrons of any Navy air station which provide critical electronic attack, reconnaissance and patrol functions for our nation.

Simply put, NAS Whidbey and the Northwest range complex is strategic, irreplaceable and is not going anywhere. It is high time that COER allied politicians place national defense and Island County’s economy over bogus activist claims that only result in court failure, like the recent injunction denial which, yet again, shredded all of COER’s wacky claims.

A July 30 Whidbey News-Times letter to the editor by Scott Smith claims Citizens of Ebey’s Reserve “twisted the truth” when it quoted a Navy document indicating El Centro was superior to both Ault Field and the OLF Coupeville for carrier landing practice. Smith claims this quote somehow related to WISE and base closures in the 1990s.

Had he actually looked at the document, he would know it is from 2017 and has nothing to do with either. To be absolutely clear, despite Scott’s false narrative, neither COER nor the Sound Defense Alliance has ever advocated closing Naval Air Station Whidbey Island.

“Increasing budgetary pressures in the mid-2000s reduced the availability of resources, i.e., flying hours, travel funds, manpower and aircraft, causing gradual drawdown of production detachments to NAF El Centro and steady increase in the percentage of field carrier landing practices conducted at Coupeville from approximately 2008 to 2013.”

Smith next argues that COER was wrong about local residents’ interest in having additional jets based at El Centro. To see how mistaken Scott is about that you need only read the numerous online records revealing the Imperial Valley’s strong desire to home-base the Navy’s F-35s at El Centro.

Finally, according to Smith, the impacted population at El Centro would be “20 times” that of the OLF Coupeville. But that’s also patently not true. EPA records indicate the local population impacted would have been “in the hundreds” had the F-35s been based in El Centro. Conversely, the NASWI EIS (Table 4.3-3) projects approximately 12,500 Whidbey residents being impacted at 65 dB and higher noise levels.

COER would argue that number is low, but using the Navy’s number around 20 times more Whidbey residents are being impacted than would have been at El Centro. Looks like Smith got confused and mixed up our two communities.

Given his poor grasp of the facts, any prediction Smith makes is clearly suspect. One thing we can say for sure however, COER will never give up the fight to move the Growlers somewhere they won’t have the negative impacts on health and our environment that they do here. Paula Spina COER Board.