Federal Magistrate Judge J. Richard Creatura held a zoom hearing in our NEPA suit against the Navy on October 26, 2021.  Although the hearing was open to the public by telephone, the court clerk inadvertently published an incorrect code for phone access.  By the time the error was discovered it was too late to get the word out about the correction to all of our members.  Instead, COER purchased a copy of the audio recording of the hearing from the court. (The recording is in two segments due to other technical issues that arose during the hearing. COVID is making life difficult even in the federal court system.)

Overall we, and our attorneys, were very pleased with how the hearing went.

It was obvious that Judge Creatura had carefully read all of the pleadings and the referenced sections of the administrative record.  His probing questions to the attorneys showed that he clearly understood the issues and the impacts upon our citizens and the environment.

COER’s attorney, David Bricklin, was outstanding.  He was obviously in command of all the issues and the law as he peeled away the layers of Navy spin.  Unlike the other attorneys who read their presentations, Bricklin held a conversation with Judge Creatura, which the judge really seemed to appreciate.

Judge Creatura was particularly interested in how jet noise impacted children and birds.  He zeroed in on why the Navy claimed they couldn’t do actual sound monitoring.  He also asked the Navy’s attorney why the Navy couldn’t do an actual study of the harms of jet noise to students.  He asked why the Navy had lumped all bird species into one category in the EIS instead of examining the impacts on various species individually. Another key line of questioning centered on El Centro and the fact that the Navy, instead of constructively analyzing it as a possible alternative, just superficially dismissed it as an option.

In response, the Navy’s attorney seemed stretched and not particularly impressive.  He was often hard-pressed to provide more than boilerplate answers to the judge’s questions.  His answers did not seem to satisfy Judge Creatura.

When the judge asked Mr. Bricklin how COER would want to handle the extra FCLPs going forward if the court ruled in our favor, Bricklin suggested that COER and the Navy should negotiate a temporary solution pending final resolution in the courts.  This suggestion was particularly well-received by the Judge Creatura.

Judge Creatura’s questions clearly indicated that he sees problems with the lack of thoroughness of the Navy’s EIS.  He seemed to be leaning more to our side.  However, it is always unwise to try to read the tea leaves from the questions posed by the judges or their reactions to the answers given in a hearing.  And the dog whistle of “national security” is always a huge hurdle to overcome.  Still we came away from the hearing with a cautious sense of optimism.

We would love to know what you think?

And please consider making a donation to our litigation fund.  David Bricklin was head and shoulders above the other attorneys.  He is the best at what he does.  But he is also very expensive.  Any and all help is always appreciated. 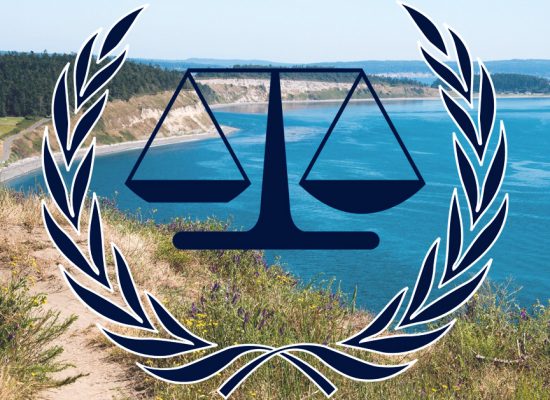 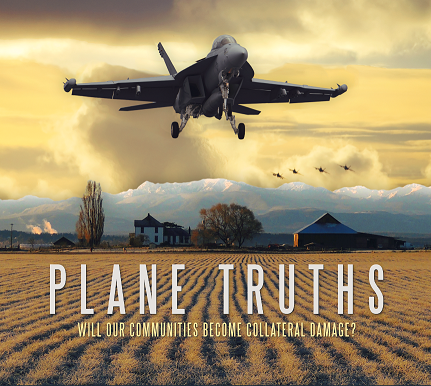 To the people who helped make PLANE TRUTHS possible: Please join us for a free screening...