On March 25, 2022 Citizens of Ebey’s Reserve (COER) Board Member Neal Sims passed away.  Our meetings will not be the same without him.  He was our chief military and aviation advisor, a soft-spoken man who packed a big punch. 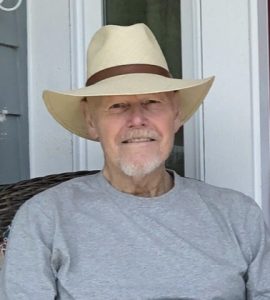 Neal was a soldier for the people in every sense of the word.  He served in the United States Air Force from April 1964 until May 1985 when he retired holding the rank of Lieutenant Colonel.  Neal served with honor in Vietnam and throughout his career.  Among his service decorations were: the Bronze Star with two oak leaf clusters; the Air Force Commendation Medal with one oak leaf cluster; the Air Force Outstanding Unit Award; the National Defense Service Medal with four bronze stars; and the Republic of Vietnam Campaign Medal.  After retiring he continued to serve, working at the Pentagon, and later flying missions with Alaska Search and Rescue.  Neal was a real American patriot and an American Soldier through and through.

Neal clearly understood and committed himself to what it means to be an American serviceman:  to protect the American people, our Constitution and our way of life.  He wouldn’t put up with anyone diminishing the sacrifice of our service members in any regard.  As a pilot himself, Neal had the highest regard for Growler pilots.  In addressing the conflict in our community between those who objected to the training and who blamed the pilots Neal always reminded us that Navy pilots go where they are told.  Neal didn’t live directly under the Growler flight paths, but he was aware of how the folks who did suffered.  That’s how he came to join the COER board, and we were a better group for it.

Neal guided the COER board to a better understanding of military aviation and true national security needs.  He researched the dangerous deficiencies at the Coupeville OLF and studied equally suitable locations for safe Growler training keeping both Growler pilots and civilians always in mind.   As part of our team Neal will be hard, if not impossible, to replace.

Neal was a multi-dimensional person.  He was an environmental warrior; an avid catch and release fisherman who advocated for protecting our environment.  He loved all animals and found solace in his last days with his rescue dog “Jack.”  His wife said he “danced with wolves.”   Neal understood how precious all life is.  He said that “reckless indifference to life will have consequences.”  The use of Agent Orange in Vietnam was how he felt “reckless indifference” affected his peers, and perhaps ultimately cost him his life.

Neal was sick with cancer for a long time.  He fought courageously to survive.  We watched him weaken, then battle back several times.  We thought he had finally won his battle with cancer last autumn when he was once again able to attend board meetings.  Having him back with us was joyous.  But it was not to be.  This last fight was one he could not win yet somehow still did; actively offering his enduring wisdom to our board until mere days before he went on his way!   We will miss this kind and gentle man at our round table.

Please join us in sending love and good wishes to his wife and extended family.  Neal fought for all of us throughout his life, now it is up to us to remember and honor him.  Lieutenant Colonel Clarence Neal Sims, we salute you!

HOW DOES THE WAR IN UKRAINE
AFFECT OUR MISSION?

The short answer is that it doesn’t change it at all.

Growler training needs to be moved, not stopped.  This is just as much for the safety and benefit of our brave pilots as it is for the civilians on the ground.

In the last few days we’ve had several inquiries from our members as to whether it was true that the Navy had completed a new EIS and were now they able to fly 24,000 operations at the OLF unimpeded.  There was also a rumor that a Class Action suit at Admiral’s Cove had been settled for hundreds of millions of dollars.  Neither sounded right to us, but before saying so we needed to do our due diligence and make sure.  We can now definitively say: neither of these rumors is true.

Where do people come up with these ideas?  Maybe it’s fear or desperation because the Navy has been overly aggressive and abusive so far this year with its Growler training scheduling at the OLF.  Since the first of the year there have only been three weeks with no operations scheduled for the OLF.  This is unheard of in the modern era.  They are scheduled to fly again all next week.  Certainly, local residents are very frustrated.  Lack of information just makes things worse.

Well, here’s what’s actually happening in our world of Growler litigation.  COER’s NEPA suit is in the hands of the Judge.  After the magistrate’s recommendation was submitted, all of the parties (COER, the WA Attorney General, and the Federal Defendants) filed objections and responses to objections – it was a regular round-robin document slugfest!  Then we all settled back down to wait for the Judge to review the case and make a decision.  If the Judge agrees with the magistrate’s recommendation it is highly likely that the Navy will have to do a new EIS.  But that still awaits the Judge’s decision.  Our suit is far from over, so be patient, it’s really all we can do.

On other fronts, there is a lawsuit out of Admiral’s Cove and they are currently trying to get it certified as a class action.  If they succeed everyone will know about it.  Getting class action status could very well be a big deal.  Many of us will have to decide whether to join the group or not.  COER will keep you posted and give you our best opinion as to what it means for everyone as that suit progresses.

Then there are some private lawsuits for property value damages.  We spoke with one of the private plaintiffs this past week and he told us that his case is still stayed pending the outcome of our NEPA suit.  The Admiral’s Cove case might also be stayed as the judiciary wants to see what happens with our case.  Everybody is waiting.
Finally, not a Growler case, but . ..

Whidbey Environmental Action Network (WEAN) just won their Not In Our Parks lawsuit against the Washington State Parks Commission over the commission’s decision to let Navy Seals use up to 28 state parks for commando training.

As you may remember, the Navy wanted to use our Washington state parks for Seal training with unsuspecting park goers as wargame props.  Initially the primary reason for using the parks was to train these commandos around civilians and see if they could successfully infiltrate and observe civilians without being discovered.  When news of the plan broke and citizens objected, the Navy changed its story; saying they needed “new, unfamiliar terrain” and wouldn’t be stalking civilian park users after all.  Despite over 8,000 comments (90% opposed to this plan), the Parks Commission in July 2021 voted 4 to 3 to issue the Navy a permit and allow this training to go on.

WEAN immediately jumped into action, forming Not In Our Parks, a Washington State non-profit organization, and then filed suit to stop this travesty.  The hearing in their case was held this past Friday, April 1, 2022, in Thurston County Superior Court.  In an extremely rare occurrence, Judge James Dixon heard evidence then immediately ruled from the bench against the Parks Commission.  He held that the commission’s decision was illegal, outside of its purview, and violated the State Environmental Policy Act.  He said the best term he could come up with for this plan was “creepy.”

Although the Parks Commission can appeal this ruling, we hope they will come to their senses and not do it.  Washington’s state parks are intended to be used by residents and visitors for recreation.  They were never intended to be used for military training.  Congress has provided the military, including the Navy, with millions of acres of military reservations for training.  They need to train in those reservations.  And civilians, especially unsuspecting park users, should never be used in, or exposed to, military training activities!

WEAN was represented in this case by the law firm of Bricklin & Newman, LLP, the same firm that represents COER in our various legal actions against the Navy.  Congratulations to WEAN, to Not In Our Parks, and to Bricklin & Newman LLP for successfully defending civilian and environmental rights.

BTW:  Litigation is very expensive, so if you can, please consider making a charitable, tax-free donation to WEAN and to Not In Our Parks to help defray the costs of this litigation undertaken on our behalf.  Donations can be made online at:  https://notinourparks.org/donate

There is no other word for this pace of training over civilian residential areas:... 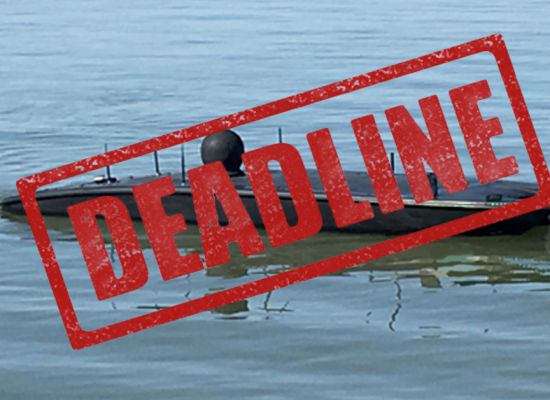